Around 15 percent of carbon dioxide emissions cannot simply be eliminated by clean energy. That’s where hydrogen, the Swiss Army knife of the energy transition, steps in. 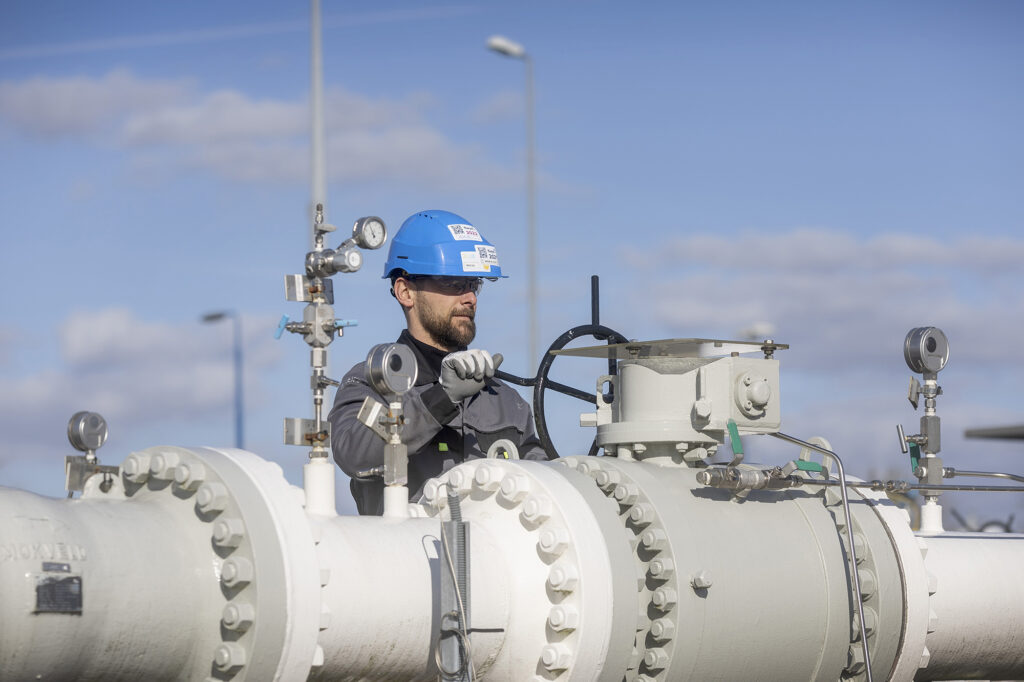 Originally published on 2 December within the NZZ’s December 2022 issue of “Nachhaltig Investieren.”
Download the original article (in German) or read it online.

According to Columbia University’s School of Climate Research, around 15 percent of carbon dioxide emissions cannot simply be eliminated by clean energy. That’s where hydrogen, the Swiss Army knife of the energy transition, steps in.

Like a versatile Swiss Army knife, hydrogen can be used in a variety of ways to significantly reduce remaining carbon dioxide emissions – but the possible use of hydrogen must be carefully weighed for each application. “You could change the tire on your bicycle with a Swiss Army knife, but you wouldn’t. There is always something cheaper, safer and easier,” says Michael Liebreich, founder of Bloomberg New Energy Finance and an expert on the energy transition. That’s because hydrogen has a weak point: If hydrogen is produced from green electricity, up to a third of the energy used is lost. The same occurs if the energy stored in the hydrogen is used to create electricity in a power plant.

Yet the flexibility and dynamics of hydrogen are unique and make it particularly valuable as a means of storing and transporting energy. From the margarine on your breakfast table, to the chemicals in your car, to the plastic bag at the supermarket – you can’t do anything without the hydrogen molecule. Its primary use is in industrial applications, where greenhouse gas emissions cannot be eliminated even by green power. This group of use cases includes fertilizer manufacturing, steel production and dozens of other industrial processes that cannot be electrified.

New infrastructure for the energy transition

Many advanced economies have made progress by adding renewable generation sources to their energy mix, integrating wind farms and solar power plants into existing infrastructure. To achieve the same with hydrogen, the infrastructure for its production, transport and application must simultaneously be developed or retrofitted. That requires investors – and the investment requirements are high.

According to the “Hydrogen4EU” study conducted by Deloitte, up to 5.5 trillion euros will be needed over the next 30 years – or the equivalent of seven times Switzerland’s annual economic output. This figure includes the cost of repurposing existing infrastructure, like natural gas pipelines, which will be much more cost efficient than developing new infrastructure from the ground up.

Energy Infrastructure Partners (EIP) was founded in 2014 with the aim of helping to shape the future of the global energy sector. Since then, the Zurich-based company has been investing over the long term on behalf of clients into high-quality, large-scale renewable energy infrastructure such as wind farms and solar and hydropower plants. The company also focuses on energy transport assets such as power grids and pipelines, infrastructure that today transports natural gas but could be converted in the near future to transport hydrogen.

Just a few weeks ago, EIP signed an agreement to participate in the Belgian gas transmission system operator Fluxys on behalf of its clients. Fluxys’ 12,000-kilometer network connects Europe’s core regions and is also linked to import routes from Asia via Greece.

Fluxys is also preparing for a post-fossil fuels future. However, “it is not yet possible to say today what the future will look like in 30 years,” says Fluxys CEO Pascal De Buck. “What is needed is a combination of different solutions, including hydrogen.” The pipeline network will play a key role. An analysis by the industry association Hydrogen Council in collaboration with McKinsey & Company predicts that 60 percent of hydrogen and hydrogen derivative consumption will be imported over long distances in the future. Countries with a bountiful supply of sunlight that can be used for solar power in southern Europe, and even in North Africa and the Middle East, could deliver green hydrogen at low cost across Europe. Therefore, the ability to import and transport hydrogen across Europe would become invaluable within the next decades.

EIP is also heavily committed at home in Switzerland. As portfolio manager for a Swiss investment group in which a significant number of Swiss pension funds participate, the company manages a large stake in energy company Alpiq, which makes an important contribution to Switzerland’s security of supply. Alpiq has also driven the construction of one of the country’s first industrial hydrogen generators. In the electrolyzer at the Gösgen run-of-river power station, green electricity is used to split water into its components, oxygen and hydrogen. “Hydrogen is becoming a key energy carrier that will play a similarly central role in a net-zero world as natural gas does today,” says Alpiq CEO Antje Kanngiesser. “As a first mover in Switzerland, Alpiq can gain valuable experience and know-how early on,” explains Kanngiesser.

Since 2016, EIP has also managed a stake in the Ticino-based company FluxSwiss, which organizes the Transitgas pipeline’s cross-border trading activities. Transitgas connects Switzerland with Italy, France and Germany. Today, it is an artery that supplies Switzerland with natural gas, but in the future, it could play a decisive role in transporting hydrogen from southern Europe to Switzerland and further north. The associated technical adaptations can, in principle, be implemented with appropriate investments at competitive costs.

“We need a strategy”

As with all major infrastructure projects – be it railroads or telecommunications – the energy transition and the shift to a hydrogen economy will only succeed through a joint effort between the private sector and the state.

“Hydrogen is seen by a wide variety of circles as an important element in the development of the decarbonization of our economy in the coming years,” Federal Councillor Simonetta Sommaruga told the National Council in 2021. “Switzerland has a lot to offer here.” At the same time, it’s not as simple as it sounds. “We need a strategy,” she added.

This strategy includes reaching an understanding with neighboring countries and the European Union, for example, to define regulatory and technical requirements as well as the tariff framework. While Switzerland’s neighbors have already developed hydrogen strategies up to 2050, Sommaruga pointed out that such a mission statement is still lacking in Switzerland. To encourage sustainable investment in the long term, Switzerland must promptly formulate a clear strategy and swiftly put it into action.