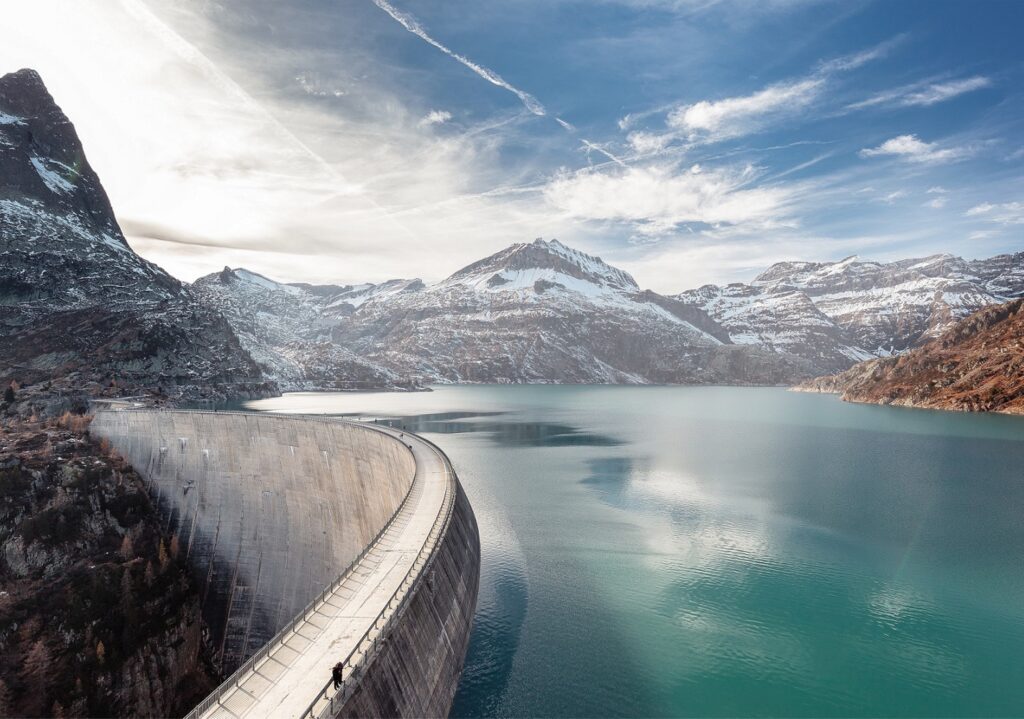 A global energy shortage and decades of underinvestment have created an opportunity to rewrite the future of the energy industry.

By Roland Dörig and Beat Goetz

Originally published on June 24 within the NZZ’s June 2022 issue of “Nachhaltig Investieren.”
Download the original article (in German).

Behind closed doors, captains of the energy industry say they have been having a difficult time at home. “How could you let this happen?” their children and grandchildren want to know.

The world the younger generation is inheriting is one that is playing catch up. While populations have grown and old power plants have started to crumble, it’s hard to think of one country in the world that has invested enough in new energy infrastructure.

Switzerland is no exception. Like many rich countries, we have flirted at times with irresponsible decadence: We powered down nuclear power plants, but we also didn’t want wind turbines blocking our views or photovoltaic panels covering our valleys.

The price we must pay for the urgently needed energy transition is increasingly becoming clear at home, across Europe and around the world. According to the Swiss Federal Office of Energy, Switzerland alone must invest at least 1.5 trillion francs in energy infrastructure by 2050, equivalent to Switzerland’s annual gross domestic product.

In Texas, six power plants failed at the same time this spring, making power prices jump more than 20 times year over year. At least 12 of the United States will face blackouts this summer – a shocking reality for the richest country in the world, but unfortunately a global trend. In March, an earthquake and cold weather pushed Tokyo to the edge of blackout.

Decisively shaping the future of the energy system

“We are running out of time – literally running out of time,” German Economics and Climate Protection Minister Robert Habeck recently told the German Bundestag. His country fears that the lights will go out if Putin turns off flows of gas into Germany.

Despite this emergency, the present circumstances can also be seen as a unique opportunity to fundamentally redesign and renew our energy systems.

Today we employ more than 70 sector specialist who spend every day of the year thinking about energy infrastructure. One portfolio company at a time, we are working to make the energy world more sustainable. At the same time, each of our global energy investments – currently more than 45 assets in 17 countries – contributes to shaping the energy system’s future.

Even as we navigate unprecedented and sometimes scary times, we cannot give up the hunt for innovation and improvements to our energy supply. Seldom do necessity and opportunity stand so close together. As Churchill once famously said, “Never let a good crisis go to waste.”

For us, sustainability means more than just removing carbon from energy systems – although of course many of our investments do. According to a 2021 study by the consultancy Energie Zukunft Schweiz AG, investments made by Energy Infrastructure create three times more renewable energy globally than any other Swiss investor, including the largest utilities.

Sustainability for us also has to include security. In the wake of the war in Ukraine, we have seen how vulnerable the current energy mix is.

Germany at present has no other option than to continue buying gas from Russia and, by extension, funding the invasion of a sovereign country. We believe the world and the next generation deserve better. At Energy Infrastructure Partners, we invest to not only add security of supply but to create sovereign security of supply.

We are not against trade and globalization, but we see evidence every day that self-reliance and self-determination are the safest ways to a secure energy supply. In concrete terms, this means building out renewable energy sources in order to capture the natural resources available: hydropower where there are mountains; wind where there are plains and sea; and photovoltaic where there is sun and desert.

Putting aside climate change for a moment, there is no better way to increase supply security than by adding more local and abundant energy sources to a country’s mix.

More and more, it’s the obvious choice economically as well. According to the investment bank Lazard’s most recent Levelized Cost of Energy Analysis, renewable energy sources are also increasingly competitive against classic sources like coal, nuclear and gas in terms of cost.

Even in Switzerland, where the previous generation had the forethought to invest in our mighty hydropower plants, we are facing a shortfall: Our electricity needs are growing and we are taking nuclear power plants offline. According to a study commissioned by the Swiss Federal Office of Energy, or SFOE, electricity imports will continue to increase until 2050. The SFOE also states that, on average, we already import up to 10% of the electricity consumed in Switzerland annually.

Ultimately, the investment approach is crucial

Given the state of our export partners – France is dealing with unexpected and unprecedented maintenance issues across its fleet of nuclear power plants – this strategy isn’t sustainable. The only way out is to significantly invest in Swiss energy infrastructure.

This investment approach is crucial to ensure and further promote sustainability.

In Switzerland, our original and still largest market, we manage investment portfolios for millions of pensioners in system-critical energy infrastructure: Examples of this are Switzerland’s power grid and some of the biggest hydropower plants across the Alps. Without this infrastructure, the Swiss economy doesn’t run.

And when we achieve a return from our investments, which run for decades, it goes to fund the pensions of Swiss workers. At Energy Infrastructure Partners, this is what we mean when we think of sustainability. The Swiss population invests in its own energy infrastructure, securing its security of supply and benefitting from long-term returns.

We see this end-to-end approach to sustainable investing – sustainability in security, economics and protecting the prosperity of future generations – as something that partners, investors and governments across the world can get behind.

Today’s children and grandchildren are counting on us.

Mr. Dörig is founder and Managing Partner and Mr. Goetz is the Global Head of Client Solutions of Energy Infrastructure Partners in Zurich.